This article was taken from WVUToday. 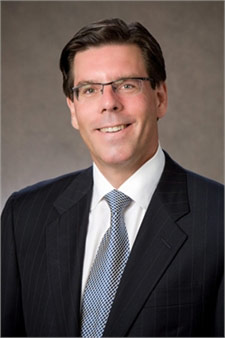 Charleston attorneys Scott Segal and Ellen Cappellanti are the 2012 recipients of the West Virginia University College of Law’s Justitia Officium Award. The award was established in 1978, in commemoration of the 100th anniversary of the founding of the College of Law. It recognizes outstanding contributions and service to the legal profession and is the highest honor the College of Law bestows upon an individual.

“One of my great honors as dean is to present the Justitia Officium award at graduation to individuals who exemplify the best in the profession and commitment to community service,” Joyce McConnell, College of Law dean, said. “Scott Segal and Ellen Cappellanti embody the talent, ethics and leadership that place them among the best lawyers and community leaders.”

Segal is a nationally-recognized trial attorney who represents catastrophically injured people or the estates of those killed due to the unlawful actions of others. He was inducted into the Inner Circle of Advocates, an elite group of 100 trial lawyers. He has a major practice emphasis on class action litigation and complex mass litigation such as asbestos litigation, pharmaceuticals, insurance practices, and a wide range of consumer matters.

Segal earned his J.D. in 1981 from the WVU College of Law. His advocacy skills earned him the Order of Barristers and the Marlyn E. Lugar best advocate award. He is deeply committed to public service and has served on numerous boards, including the United Way, West Virginia Symphony, Thomas Memorial Hospital Foundation, Make-A-Wish Foundation and the National Youth Science Foundation Board.

Cappellanti, an attorney with the law firm of Jackson Kelly, is known nationally as one of The Best Lawyers in America under the bankruptcy, corporate mergers and acquisitions and real estate category. In 2011, Chambers USA recognized her has one of America’s Leading Business Lawyers. Her career is marked by a strong commitment to public service. She serves on numerous boards, including WVU’s Board of Governors, West Virginia United Health System Board, Contemporary American Theater Festival Honorary Board. She currently serves as Chairman of the Board of the Clay Center of the Arts and Sciences.

Cappellanti graduated from WVU in 1977 and the College of Law in 1980. She served as student body vice president while an undergraduate. While in law school she excelled in appellate advocacy and served as Lead Articles Editor of the West Virginia Law Review. She was awarded the Order of the Barristers and Order of the Coif.